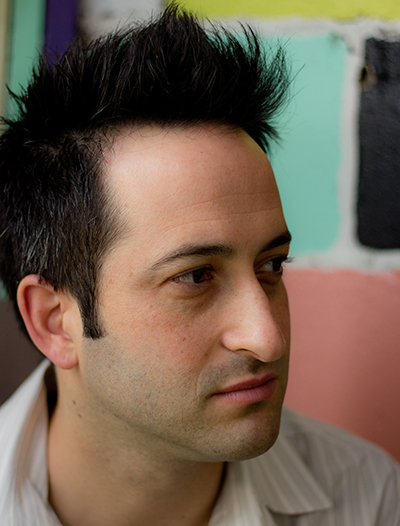 Dylan Connor is a Latin teacher, songwriter, and human rights activist. He graduated Summa Cum Laude from Skidmore College in 1997 with a degree in Classics and English. He taught Latin at the Academy in Berkeley California from 1998-2003. After moving back to his hometown of Fairfield, CT, Dylan went for his MA at Fairfield U in Secondary Education. Next, he took a job teaching Latin at Stratford’s Bunnell High School where he has been since 2005. At Bunnell, Connor runs Latin Club, Beatles Club, and Amnesty International Club. These clubs have sponsored programs like the Walk for Syria, Winter Coat Drive, and Bunnell Battle of the Bands.

Connor, who is married to a Syrian woman, has also been a strong advocate for the awareness of and relief for the crisis in Syria since 2011. He has played his music for Syria at dozens of fundraisers and rallies and released a CD from which all proceeds go to help educate Syrian refugee children. In 2014, Connor went to the Turkey/Syria border to teach music to refugee children. Finally, Connor was named Stratford CT’s teacher of the year and a Finalist for the CT State Teacher of the Year in 2016.