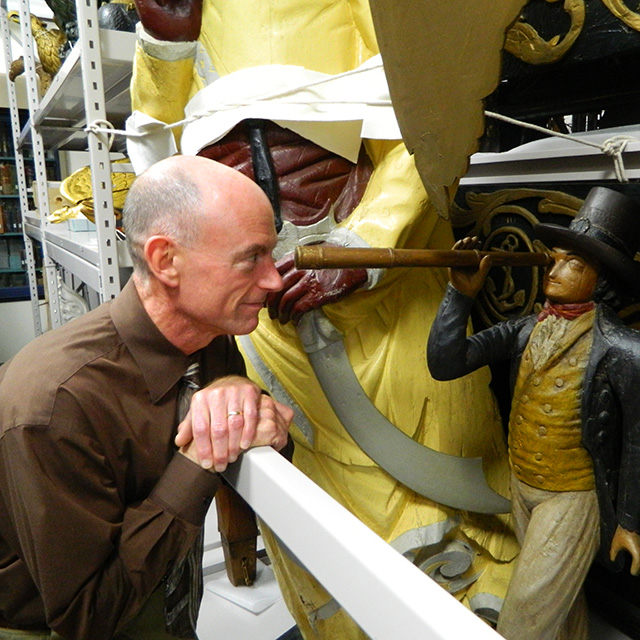 Peter Emanuel is a sort of "man with two brains," given his involvement with music and history. He is the Director of Music at The Williams School in New London, CT, where he teaches music theory, composition, and ensemble classes to 7th-12th graders, as well as an African-American history course for 11th and 12th graders. He is pursuing a Master of Arts degree in American history that he will complete this coming September. When he’s not at Williams he’s either giving piano lessons at Thames Valley Music School, performing at a local venue in a solo or group setting, attempting to stay in touch with his four children, or relaxing at home with his wife, Patti, to whom he has been married for 32 years. Peter, a New London native, is excited to work on the IAR project because it gives him the opportunity to expand his knowledge of history while being involved with the development of Mystic Seaport as a world-class research facility.