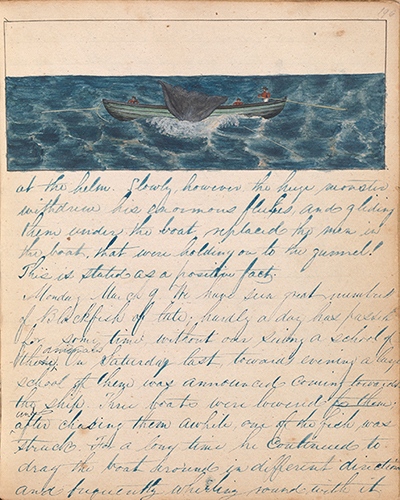 The Indian Mariners Project, led by Dr. Jason Mancini, is a collaboration between multiple institutions and individuals that explores the history of and ongoing relationship between Native people and the sea.  Project research explores previously undocumented maritime adaptations of indigenous social networks that emerged as a response to European colonization and land dispossession during the eighteenth and nineteenth centuries.  The project connects Indian men, through their lives and work at sea, to new peoples and places around the globe. These far ranging stories were and are once again rooted in their lives and activities and those of their communities back home in what became New England.

In addition to developing a deeper understanding of the individuals who were part of these social networks, a principal goal of the project is to create and share with public, school, and academic audiences a series of digital maps revealing the global traveling histories of American Indian mariners. This research is grounded in a rich and accessible archival record relating to American commerce, shipbuilding, naval activities, and the Yankee whalefishery.  Indian crew members appear in ship’s logbooks, crew lists and other federal customs records, tribal-held archival materials, as well as descendants’ family stories, images, diaries, and objects.

The digital maps document some of the complex sociocultural changes that took place among New England’s Indian community in the wake of European colonization.  Through these maps, it can be demonstrated how Indian travelers (as part of the new maritime-based fraternities/communities) connected to and expanded the indigenous social sphere.  New patterns of mobility and social interaction at sea contribute to a new understanding of the diverse histories and culture of New England’s indigenous population.

Dr. Jason Mancini's research at the Mashantucket Pequot Museum and Research Center was funded by Katherine Raia. The presentation of Indian Mariners related voyage maps, story maps, lectures and scholar interviews on this website were made possible by Connecticut Humanities and feature data and images from the following institutions: